Like all other major cities of India, Bhubaneswar too has a strong administrative framework that is properly managed by different government bodies. Bhubaneswar is the capital city of Odisha and it serves as the headquarters to all Bhubaneswar district problems. There is a collector assigned to the city who is responsible for collecting land revenues within this district. He is responsible for all the revenue collection outside the state. The well-being of the city is looked after the Bhubaneswar Municipal Corporation. Bhubaneswar Cuttack Police Commissionerate is responsible for the implementation and maintenance of law. They are also responsible for keeping a balance in the society’s law and order.

The Odisha Legislative Assembly Secretariat is located in Bhubaneswar. The office is responsible for the execution of plans and projects of the State government of Odisha. The function of the Odisha Legislative Assembly Secretariat can be measured in a large scale. It can be divided into four fold- legislative, committees, administrative and miscellaneous. The assembly performs on a state level. It is not responsible for individual performance and function of the city. However, the main office of this governing body is located here at Bhubaneswar. 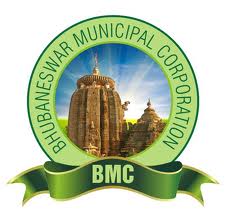 Bhubaneswar Development Authority or BDA is an agency that is responsible for the beautification and the development of the capital city of Odisha. The organization was established on September 1st 1983. There are several other functions that this organization perform. Creating development plan, regulating the use and development of land and property, construction of housing colonies are its main role and responsibilities. Further it also looks after commercial complexes and takes care of amenities to public like drainage, sewage, water supply, transportation, etc.

In the last few decades Bhubaneswar has undergone several changes and restructuring. These changes have helped in the prosperity and happiness of the citizens. Not only Bhubaneswar but the other nearby districts have attained quicker response and better resolution time for the respective administrative body. This city being also home to the Odisha Legislative Assembly and the State Secretariat is positioning itself as one of the fast developing cities of India.


Explore more about Administration in Bhubaneswar