Art and Culture of Bhubaneswar

The term culture is a wide concept and has been propounded by different anthropologists differently. However, one of the easiest statement that defines culture is the distinctive ways that people live, experience, create and behave. Culture includes everything such as language, custom, etc. Every country and every city has its own culture and Bhubaneswar is no different. Bhubaneswar is the temple city of India. There are over one thousand temples in this city. These temples plays an important role in forming the base and the development of culture in the state and the city. The temples are evidence to the diversified history and have striking features. 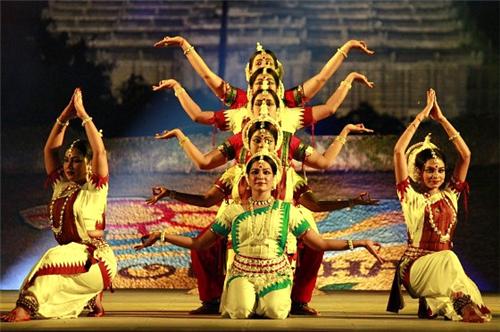 The history of Odisha dates back to the 3rd century. Kings and Nawabs from different dynasties have ruled this city, leaving their mark on it. The Kalinga architectural style can be found in several temples here. Some of the famous temples located in this city Lingaraja city, Rajarani Temple, Muktesvara temple, Ananta Vasudev temple. The twin hills Udaygiri and Khandagiri are perfect examples of the Jain culture that has been brought to the city. Dhauli offers a glimpse of the Ashokan period. As the shrine was built by Ashoka after the Kalinga war, this place is a perfect example of Bhubaneswar post war. Apart from the ancient temples there are a few recent temples like the Ram Mandir and ISKON which adds to the rich and cultural heritage of Bhubaneswar.

Odisha culture is known for its tolerance and religious catholicity. This has resulted in the formation of tenets of all major Indian religions like Jainism, Buddhism, Tantricism, Hinduisim, Vaisanavism and the formation of the eclectic cult of Lord Jagannath. Jagannath dev the presiding deity of the city and the state is also considered as principle symbol of religious Bhubaneswar. The culture of Bhubaneswar is influenced by several conditions and reasons. From historical background to maritime relation, this city and its state has been affected by major changes in every century. Owing to these massive changes, Bhubaneswar is one of the most rapidly developed and culturally advanced city of Odisha.

The official language of Bhubaneswar is Oriya. The language found its origin from the Indo-Aryan section of the Indo-European language family. Oriya language shares a resemblance with Assamese and Bengali. The original inhabitants of the city are Adivasis, who still uses some of the lesser known tribal languages to communicate. Bhubaneswar is the home to Oriya cinema. This place is called the “Ollywood”. Most of the famous film studious and Oriya movie locations are based here.

Odisha culture survives through the different forms of art. Odishi dance, architecture, sculpture and music are few of the common forms of art that represents true Oriya culture. The famous Odissi dance form an integral part of Oriya culture. This dance form is often considered as a branch of Northern India’s Hindu classical music by most historians. Odissi dance is also one of the ancient Indian classical dance form that has survived for centuries. Odissi dance is accompanied with Odissi music. There are several cultural centres and mandaps that plays host to several cultural events and festivals organized in this city. Bhubaneswar is the centre to many cultural festivals. A few festivals organized here are Ekmara Festival, Mukteswara Dance festival, Kalinga Mahotsav, Rajarani Music festival.

The residents here in Bhubaneswar indulge in leisurely chats known as khattis. The khattis are generally freestyle intellectual conversations between people. The Oriya women traditionally wear sari and salwar kameez. Men wear dhoti and kurta. However, western attire is gaining more acceptance these days. The traditional wear are mostly worn during festival and events. In Bhubaneswar, men are more accustomed in wearing western wear.


Art and Craft in Bhubaneshwar

Another place that offers a clear vision of the Oriya culture through centuries is the Odisha State Museum. The State Museum showcases artifacts, archaeological weapons, local arts, crafts, etc. The showcased items are evidence to Odisha’s indigenous history. The cultural ancestry of this city is reflected in its arts and crafts- silver filigree work, papier mache, stone sculpture and other items. The Tribal Research Institute Museum also offers authentic tribal dwellings and crafts created by their craftsmen. All the arts and crafts combined together along with the great Oriya dance depict the perfect culture that thrives to flourish every day.