A traditionally rich and historical Bhubaneshwar is known for its delicious cuisine and food. The city has the traditional Orissa delicacies. However, being the capital of the state and also one of the major tourism centers of India, influences of other cuisines has grown much on it. The city is known as “City of Temples” due to huge number of temples present in the city. The religious inclination of the city has a huge impact on the cuisine. Most of the people in Bhubaneshwar practice vegetarian. However, there are Non-Vegetarian cuisines as well which is delicious in taste. 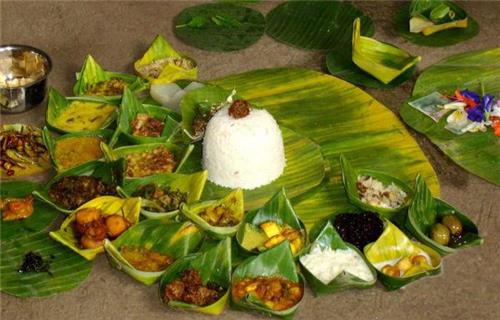 The traditional cuisine of Bhubaneshwar is the staple rice. The people of the city mostly like rice on their plates. Even though, Roti is available in the general meals for the city but rice is always preferred. The flavor of the rice, however, varies according to the choice. Lemon, Cumin, Vegetables, and other spices are put into the rice to impart a different taste altogether. Vegetables are very common in Bhubaneshwar. Due to huge numbers of vegetarian people, green vegetable curries are widely seen. People here prefer to have pakhal. Pakhal is cooked rice soaked in water overnight. Usually a traditional dessert idea for every Bhubaneswar household consists of Rasabali, Pitha, Chennapoda and Chennajhilli. Some of the traditional food specialty here include:
If you are a foodie and want to try something different, yet very connected to the roots of Bhubaneswar then here is the list:

The impact can be seen in the restaurants and eating corners of the city. Many of the restaurants offer pure vegetarian food. Pulses or Dals are a significant part of the Bhubaneshwar cuisine. A common spice is imparted in almost all of the Bhubaneshwar cooking is “Pancha-Phutana”. It is the mixture of five basic spice ingredients which imparts a different taste in food. Cumin, Mustard, Fennel, Fenugreek and Black Mustard make the combination of the spice. This is put into various pulses and vegetable curries while cooking. The cooking is mainly done with Curd, Coconut Milk and very little oil that makes the Orissa cuisine of very less caloric value. This is also considered very healthy and cardiac friendly cuisine due to the preparation.

Sea Food is also very commonly found in Bhubaneshwar. Due to the wide coastal line of the state, Sea Food is very common throughout Orissa and Bhubaneshwar are no different. Fish is one of the most liked dishes of Bhubaneshwar. The Sea Fish are available in abundance in the city. However, culture of sweet water fish is also present and available. Bhubaneshwar is a city where multiple fish cuisine can be seen. Apart from fish, Crabs, prawns, and lobsters are also very popular in the cuisine. There are multiple varieties of Sea Food and a wide range of delicacies can be found. The city is a wonderful place to taste some mouthwatering fish dishes.

Bhubaneshwar is a cultural and religious city. Festivals and Celebrations are very common throughout the year. Sweets become the most delicious delicacies during the time. Sweets are, even though, available throughout the year and are an important part of Bhubaneshwar cuisine, but special sweet dishes during the festivals are mouthwatering. Pitha and Puli are two very common and delicious sweet dishes that are generally made during the festival time. “Malpoa” is one of the tastiest sweet items of the city which is also a festival specific sweet item. It is generally made during the Holi Celebration in Orissa and Bhubaneshwar. Apart from it there are scores of Sweet Shops present in the city which offer a variety of sweets and sweet dishes across the city.


Other Famous Cuisines of Bhubaneshwar

Being the capital and one of the most important cities of the country, Bhubaneshwar is highly influenced by the food culture of others. The influence of the neighborhood states West Bengal and Bihar can be distinctly found across the city. However, cuisine of other states from Northern India and Southern India are also available in the state. Rajma, Chole, Butter Chicken are the most popular North Indian dishes in the city. In sweets, Rasogolla, Chamcham, Chanabara are the Bengali Sweets that are hugely popular in Bhubaneshwar. Idly, Dosa, Bada of South Indian cuisine has also a special place in the cuisine of Bhubaneshwar.

It will be incomplete to talk about cuisine of Bhubaneshwar if Mahaprasad is not said about. It is the famous Prasad or offerings of the Puri Jagannath Temple. Puri is little distance away from Bhubaneshwar and is the most significant part of its cuisine. The taste and delicacy of Mahaprasad are unmatched and unsurpassed. People in Bhubaneshwar are fond of it.