The city of Bhubaneswar acquired its name originally from the Sanskrit word “Tribhuvaneswara” which also means the Hindu Lord Shiva. 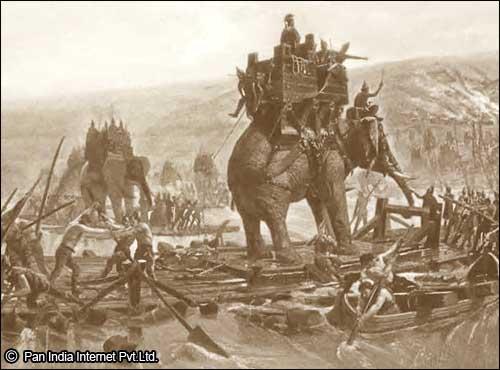 Bhubaneswar had remained the capital of the ancient Kalinga. The famous Kalinga War, in which Emperor Ashok (272-236 BC) himself had participated, took place in the city of Bhubaneswar itself. The excess of bloodshed and causalities of the War had made the Emperor take a vow to forego the sword and to win through love and compassion instead.

When Emperor Kharvela became the ruler in the 1st century BC, Bhubaneswar was a prime centre of activities. This period was marked by construction of innumerable monastery caves of which Udaygiri are the finest specimen. The Ganga and Kesari kingdoms contributed heavily in the development of the culture of Orissa. The most common feature of all the rulers was that most of them took effort in building beautiful temples. The Marathas, Afghans and the British created a deeper historical impact which needs special mentioning.

The Hathigumpha inscriptions at the Udayagiri and Khandagiri Caves by Kharavela give a good account of that period, which is estimated as 1st/ 2nd century BCE. Temples built throughout the ancient and medieval periods chronicle the city's history.

Jain and Buddhist shrines portray the settlements around Bhubaneswar in the first two centuries BCE. One of the most complete edicts of the Mauryan emperor, Ashoka, dating from between 272-236 BCE, remains carved in rock 8 kilometres to the southwest of the modern city.