The city of Bhubaneswar has been forever of interest to the historians, epigraphists and archaeologists alike. This is because the city exudes life, art and beliefs of different cultures and ancient civilizations. Once, the home to more than 7000 shrines, Bhubaneswar is a city that stands witness to the rise and fall of empires. However, today only a few shrines remain present in the city. Bhubaneswar combined with Konark and Puri makes the Golden Triangle of Odisha. 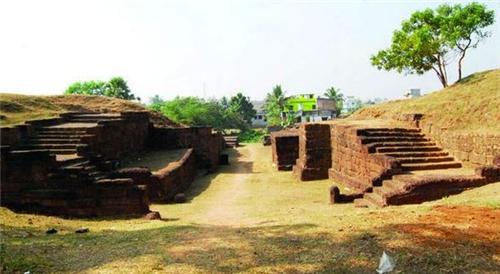 The history of Bhubaneswar can be majorly classified into different categories- ancient, medieval and modern. A detailed historical study of the city reveals that Bhubaneswar was once the backdrop for the Mauryan Empire. The city was restored to its former glory by the descendants of the Chedi family after they recaptured the throne. However, with time, the region was subjugated by the powerful dynasties of Marathas and Mughals before it became a part of the Bengal presidency.


Origin of the name

The name Bhubaneswar is derived from Tribhubaneswar, which literally means the Lord (Eeswar) of the Three World (Tribhuban), which refers to Shiva. Toshali, Nagar Kalinga, Kalinga Nagari, Ekamra Kshetra, Ekamra Kanan and Mandira Malini Nagari were once the name of this famous city of Odisha. The city since ancient days had remained a foremost city of Odisha both in terms of political significance and economic dominance. 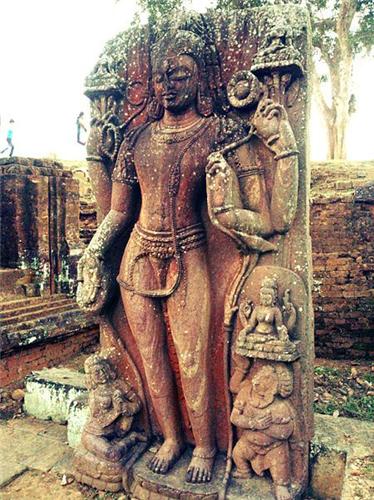 The history of this city dates back to the 2nd century BC to the Chedi dynasty. Once Bhubaneshwar then lknown as Sisupalgarh was ruled by the rulers of Chedi dynasty . The world remained unknown to this beautiful, architectural and religious place for a long time . It was during the 3rd century B.C that the place rose to prominence. During this period the famous war between the Mauryan Empire and the state of Kalinga, known as the Kalinga war occurred. In the war Kalinga was transformed into rubble and suffered loss of many innocent lifes. It was King Kharavela who reinstated Kalinga and the dynasty back to its lost glory, post Kalinga war. Kharavela was interested in religion, economics and architecture. It is during his rule several temples were built and trade routes to foreign countries like Sri Lanka, Myanmar, Thailand, Sumatra, Bali and Vietnam were established. Like Ashoka who adopted Buddhism, Kharavela adopted Jainism. Therefore, most of the structural designs that you see in Bhubaneswar area are inspired from Jains. The Udaygiri and Khandagiri caves and the Hathigumpha inscription are the best examples of architecture of the bygone era. In the following years to come, the city became famous for its various shrines and was named the “the temple city”.

When Buddhism and Jainism were introduced to the province, the region became involved in the matters of philosophy. However, with time the principles and followers of these religions began to fade. New disciplines in religion came to being-Brahmanism and Vaishnavism being the main. It is during this time that Bhubaneswar reached the pinnacle of its religious status. During the 11th and 12th century, the city became famous for its sculptures and architectures. With the invasions of the Mughals in the 15th century most of these important sculptures and carvings made of sandstone were destroyed or looted.

During the 16th century, the province was attacked and repressed by the mighty rulers of the Mughal dynasty. The Hindu rulers proved to be submissive and were unable to overthrow the Muslim rule . In the next century, the Marathas dominated certain parts of the regions. Parts of coastal Odisha were mainly ruled by them. In the 18th century, the British East India Company overpowered the native rulers and bagan to rule the region. As the reign of the entire region was under the dominance of the British, Odisha as well as Bhubaneswar underwent some major administrative changes. Odisha alongwith Bhubanedwar came under the presidency of Bengal and was ruled by Governor General of Bengal.

In 1936, the Orissa emerged as a separate state and Cuttack became the capital of Odisha. After Cuttack got struck by several natural calamities it was decided to make Bhubaneshwar the capital of Odisha. As a result, the capital of the state was shifted to Bhubaneswar in 1948, just after India gained its independence. A German architect, Otto H. Konigsberger was invited to plan the new city of Bhubaneswar. On April 1948 the new planned city was officially declared the capital of Odisha. The present city is set on Mahanadi Delta is a modern and happening place with top class infrastructure. Many major companies, have profitably invested in the various state occupied offices. Superior class hotels, restaurants and shopping malls have provided quality lifestyle and refinement to people living here and coming here to travel.