There is an important significance behind this park. This Park was built in the same place where Late Prime Minister Indira Gandhi had made her last public speech on October 30, 1984. She was shot to her death by her own bodyguards after returning from this destination. The Park was in actual, the parade ground of Bhubaneswar city previously. 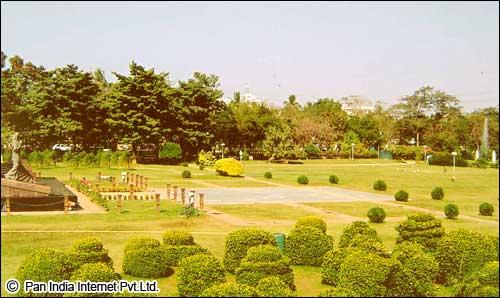 Located in front of Orissa Secretariat and State Assembly, the park is spread over an area of 10.6 acres. Once famous as the parade ground of the city, the park is now decorated with flower gardens and fountains.

In the park, there is a statue of Late Mrs. Indira Gandhi which was designed and sculptured by the Russian sculptors Mr. Dimitry Ryebachev and Alexander Ryebachev. This park is a favorite for strolling, relaxation and walking; specially for the native people who live around this place. In the morning and evening, many locals people come and work out or jog within the park.