Bhubaneswar, the capital of Indian state Odisha is known for its century’s old history. The temples situated in this city with its rich and diverse history makes this city one of the best and most admired travel destination for all. 2000 years ago, Bhubaneswar was Sishupalgarh. The city evolved with time and was felicitated with several other names like Kalinga, Toshali, Nagar Kalinga, etc. The temple City of India is the largest city in Odisha and is a centre for business, commerce, economics, and development.

The magnificent sculptures, the proud culture, the unique architectural heritage along with the sanctity of its religious temples make this place a centre to link yourself with the divine. With over 600 over hundred Hindu temples, Bhubaneswar forms an integral part of the Golden triangle tourist destination of Eastern India.

A German architect Otto Konigsberger designed the new city of Bhubaneswar in the year 1946. As one of the first planned city of India, right after Independence, Bhubaneswar attracted a lot of attraction for permanent settlement. The city is abundant with greenery and reserve for wild life. Efficient administrative body BMC or Bhubaneswar Municipal Corporation looks after the modern city. Today Bhubaneswar is one of the cleanest and greenest city of India. 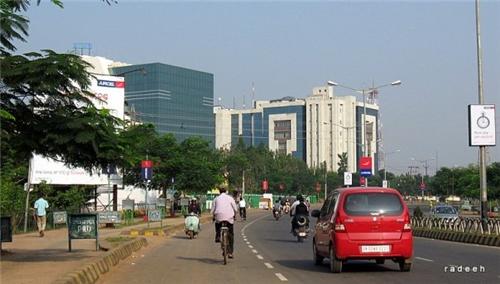 Bhubaneswar is a Tier 2 city. It is an emerging IT hub and a fast developing centre for several other industries. Metal industries are finding a new spot for themselves in this city. Bhubaneswar can be classified into the following parts:
These neighborhoods of Bhubaneswar along with all the other divisions of the city, forms modern Bhubaneswar. Let us see the major localities in and around Bhubaneswar.


Bhubaneswar is famous for several things and is one of the most visited tourist destinations of Eastern India. The city offers all modern facilities, both modern and traditional that are required by the people residing here as well as the tourists coming here to spend some quality time. The grand city is an excellent centre to observe the well-planned architecture. Several years ago, when the modern city was built an architectural pattern was followed. This pattern is visible for students who are interested in learning architecture from history. A great place for architects Bhubaneswar is an ideal location for visit for all.