Built during the 10th century, the Mukteshwara Temple is of monumental significance in the history of Hindu temples. The temple is also known as Mukteswara Deula. This temple is dedicated to lord Shiva, like many other temples in Bhubaneswar and bears some architectural significance with important temples like the Lingaraja and the Rajarani Temple. The temple dates back to 970 CE and marks the culmination of earlier developments in Hindu temples. The Mukteswara temple is located in Bhubaneswar and serves to be one of the most visited tourist spots. The temple offers historical and cultural knowledge to historians, architects and ordinary tourists in its own special way. 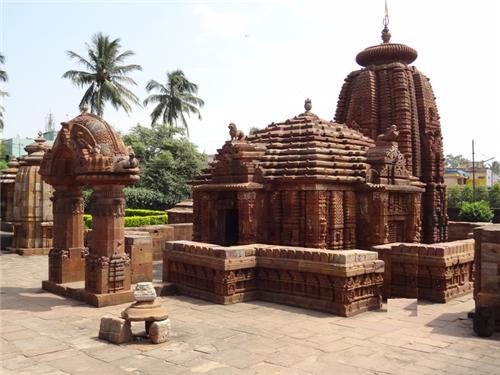 The Mukteshwara Temple is considered to be one of the earliest temples of Somavamsi Dynasty.  Many scholars believe that this temple is the successor temple of the Parasurameswar temple built earlier than the Bramheswara temple. According to Percy Brown, the date of construction for this temple is 950 CE. What makes this temple unique is its Torana which is not found in any other temples in Bhubaneswar. Some of the representations in this temple indicate that the builders of this temple were starters of new culture. The Mukteswara Temple is said to have received contributions from the king Yatayati 1.

The Mukteshwara temple is known as the gem of Odisha and this is because of architecture. The temple faces west and is constructed amidst other group of temples. Like the temples built during this area, this temple too has four significant parts. These parts are known as Porch, Vimana, Sanctum and Jagamohana. The pyramidal structure on top of the Jagamohana is first of its own kind. It differs highly from the conventional two tier structure of all other temples of this era.

The most important attraction of this temple is its porch or the torana. The arched gateway was established during the 900 CE. The gateway has thick pillars with ornate bead strings and women wearing them. The women in the pillars are smiling and carved in languorous pose. Inside the porch is a walled chamber with internal pillars, these pillars are arranged carefully to add charm and dignity to the temple. The gateway too is high decorated and sculpted with happy women, animals and peacocks.
The Vimana and the Sanctum is designed in the traditional way. There are beautiful sculptures every wear. These sculptures are mainly of women and they are decorated in various postures. Inside the sanctum nagas or snakes are used along with figurines to introduce the pet of the Lord as per Hindu mythology. The Jagamohana is considered to be one of the most smallest and compact temple of this era.  The intricate carvings inside the Jagamohana are done by the Vishwakarma Moharana sculptors. These sculptors are very intricate and expressive. Many sculptures of other mythical figures can be found here. The exterior walls of the Jagamohana are decorated with nagins and nagas sculpting. There are other related passage ways and adjoining extensions to this temple, all of which are equally decorated with ornate statues and carvings.

The term Mukteswar means Lord of Freedom. The temple is dedicated to the Hindu god Lord Shiva. Some scholars are of the opinion that this temple serves as the centre for tantric initiation. It has many sculptural ascetics in different meditation and teaching poses. The temple is believed to be holy. The Madicha Kunda tank located in the premises is said to have holy water. It is said that before the Ashokastami night, if a barren woman dips in the tank then she will give birth to a boy. On the evening of the event the tank water is offered is sold to public. The temple serves to be a centre for meditation and the various sculpture and carvings in the temple premises attest the fact.

Every year a three day dance function is organized in the temple premises by Odisha Government. During this festival the classical dance of Odisha is celebrated. Proper Odisha dance is performed here along with proper music. The event is a very popular and is webcast in the state government’s portal.