Bhubaneswar (also known as BBSR in short) is the capital city of Odisha and is located in the eastern coast of the Indian sub continent. Odisha had become a separate province in the year 1936 on April 1 under the British India. Cuttack had remained Odisha’s capital since the 12th century. But due to some complications, the capital was shifted to the city of Bhubaneswar India got its independence. It was formally declared as the capital on 13 April, 1948. 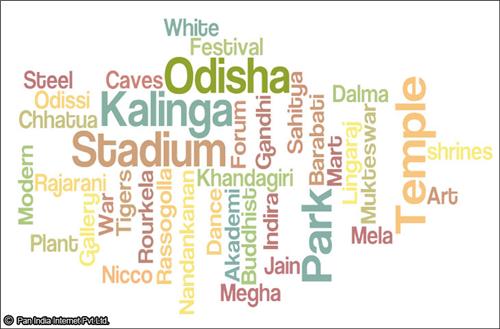 The city has a rich heritage, cultural timeline and a soaring economy. The history of the city dates back to 2000 years earlier. The Art and Craft of this place has a reputation for centuries. The stone carvings, the archaeological monuments, sculptures and temples are legendary examples of the unique art form related to the city.

It is a fact that there are more than 1000 temples in Bhubaneswar which makes it the Temple City of India. A few famous temples are the Lingaraj Temple, Rajarani Temple, Ananta Vasudeva Temple, Mukteswara Temple.

Bhubaneswar and Cuttack together are known as the main home to the Oriya film industry and is also known as Ollywood. There are many film studios located in this city. The Oriya culture is culturally rich with the famous classical Odissi dance, handicrafts, sculpturing and other forms of theater and music. The legendary Indian dancer Kelucharan Mahapatra belonged to this place.

Thousands of devotees participate in the famous Rath Yatra (Temple car festival). Festivals like the Diwali, Shivratri, Ganesh Puja, Nuakhai, Saraswati Puja are widely celebrated in the city of Bhubaneswar.