The Road Transport system in Bhubaneswar is well to do and up to the mark like most of the developed Indian cities. There are a number of vehicles to choose from, however, bus is most common form of transport as far it comes to travelling by Road in and around in Bhubaneswar. Besides these, there are private taxis, cycle rickshaws and three wheelers, commonly known as auto-rickshaws.

The roads are maintained by the Bhubaneswar Municipality. The roads are either concrete or made of asphalt. The city of Bhubaneswar experiences an efficient traffic system due to a disciplined traffic control system and correct navigations. However, the city if not completely free from traffic jams which arise in certain areas at the peak hours.

At present, there are 14 different routes along which the buses run at regular intervals. There are frequent bus services to Puri (1.5 hours), Konark (2 hours) and Berhampur (5 hours). Besides there are regular connecting buses to Kolkata (12 hours), Sambalpur (9 hours).The general city bus service usually starts at 6 am and the last bus operates till 9 pm.

The city of Bhubaneswar has got efficient city bus services which help the passengers to commute at ease within the city. Like most of the cities in India, one can choose from multiple choices of transport in Bhubaneswar. Bhubaneswar Transport System incorporates the following kind of vehicles in its network:

Recently the Odisha Government has launched a measure to tackle the urban transport problems which is known as the Mass Rapid Transport System. 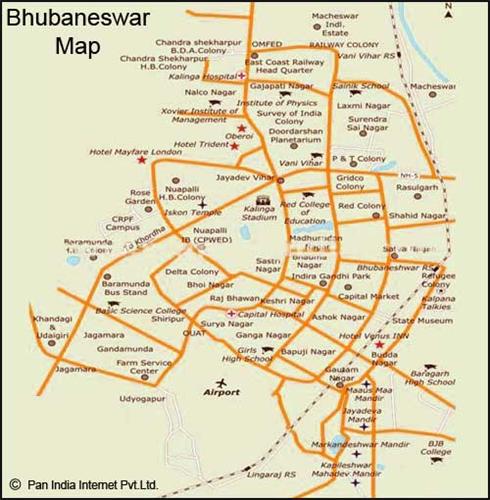