Not many cities in India have a sports stadium. But, the city of Bhubaneswar can boast of modern and multi purpose stadiums in the city. 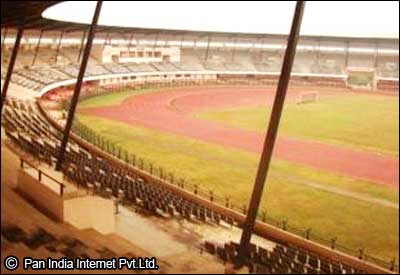 The Kalinga Stadium is one such multi-purpose stadium located in Bhubaneswar. It was built in the year 2010 and has contemporary facilities for playing football, hockey, basketball, tennis, athletics and swimming. There is an 8-lane athletics track, one sports hostel, a gymnasium. The Stadium can seat 55, 000 spectators at one time. It is looked after by the Government of Odisha.

The Barabati Stadium is a popular cricket stadium in the city of Cuttack, not very far from Bhubaneswar. It is the home ground of the Odisha cricket team and is operated by the Odisha Cricket Association. The Barabati Stadium is one of the oldest playgrounds in India and has hosted many touring sides – including the MCC, the West Indies team and the Australians - before it hosted its first international match. It is equipped with floodlights for day-and-night games and is a regular venue for One Day Internationals (ODI) matches. Some top level Football matches are also played here. It was established in the year 1958 and it can seat almost 45,000 people.

A few interesting trivia
Cricket World Cup
The Barabati stadium has hosted One Day International (ODI) matches when India hosted the Cricket World Cup in 1987 and 1996. It has also hosted the ICC women's world cup matches in the year 2013.