Bhubaneswar, the land of temples is garlanded with a rich history and culture. Bhubaneswar has developed into a great cultural centre of eastern India. It is considered as one of the most important place in Odisha and an emerging area for profitable businesses. Owing to the new and rapid commercial as well as economic development, the city has extended its public transport structure. Bhubaneswar is the capital of Odisha and a main trade centre of modern India. Without extensive public transport system it was impossible for this city to cope with the ever-increasing demands of people. The transportation structure of the city comprises of buses, cabs, rickshaws, autos, trains and airplanes. The primordial structure of the transport system functions unequaled to deliver the capital to the zenith of prosperity. 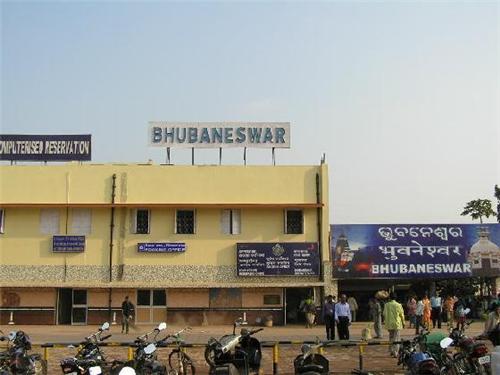 Bhubaneswar caters to the demands of long distance travel through railroads. The East Coast Railway is headquartered in Bhubaneswar. The railway station in Bhubaneswar serves as one of the main stations of the railway network in India. The station is well connected with local trains, daily express as well as super-fast express. The station is currently overloaded with trains and rail traffic, hence the government plans to build additional four stations and introduce new trains for better and quicker transport. There are five stations in Bhubaneswar; these stations are in the process of rapid development for better usage.

Bhubaneswar is extensively connected to road networks that take you anywhere. There are regional roads, countrywide roads, and state highways for easy transfer. The roads in Bhubaneswar are in grid form, mainly in the central city. The roads are well made and maintained for proper transport and travel. Bhubaneswar is well connected to its neighboring states by roads. One can easily travel to West Bengal, Jharkhand, Andhra Pradesh, and Chhattisgarh by road transport. The national highway NH-5 connects Odisha to Kolkata and Chennai. Other highways like the NH 203, State Highway 27 and 13 are perfect examples of good road transport in Bhubaneswar.

The Biju Patnaik International Airport is the only airport in Bhubaneswar. It offers domestic as well as international air transport. The airport in located at the south of the city. Though the airport is a recent addition to the city transport, it has become one of the most important mode of transport for people these days. The domestic terminal is capable of handling 30 million passengers per year. The international terminal now entertains flights to and from Southeast Asia and the Middle East.

The roads at Bhubaneswar are filled with auto rickshaws and cycle rickshaws. They offer short trips to city and other areas nearby. The auto rickshaws available here are available on hire and they run on a share basis throughout city. Due to the excess plying of auto rickshaws on the roads, people often face traffic jams. However, to curb this problem, the government is building over bridges and expanding roads. The major road transportation providers are Odisha State Road Transport Corporation (OSRTC), Bhubaneswar-Puri Transport Service Limited (BPTSL), and Dream Team Sahara (DTS). There are several other private transport providers offering good transport facility. They offer both private buses and private cars for the journey.

The world is moving fast, and any state, country, or city willing to move along with it needs to be updated. Bhubaneswar with the its new and constantly updated transportation services ensures that it stays with this fast development. The transportation system is only the beginning for the city.