The Udayagiri and Khandagiri Caves are the clusters of both natural and artificial caves and bear historical, archaeological and religious values. These are located not very far from the city of Bhubaneswa. There are mainly two hills Udayagiri and Khandagiri, also mentioned as the Kumari Parvat in Hathigumpha inscription. They face each other as the road separates them. They both have a number of beautifully carved caves. It is said that a majority of these caves were carved out on huge residential blocks for the Jain monks, in the times of King Kharavela. Literally Udayagiri means the Sunrise Hill. There are 18 caves on Udayagiri while Khandagiri has 15 caves. 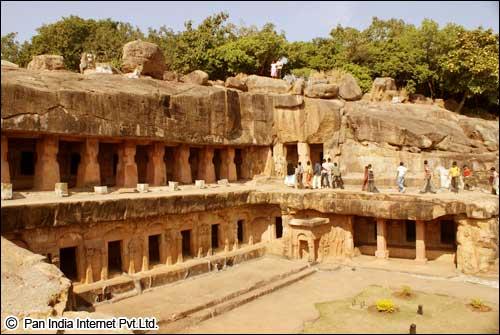 Counting the number of the caves

Based on a reading of the Hathigumpha inscription, Mr. B.M. Barua had stated that there were altogether 117 caves were caused which were excavated by Kharavela and others on the Udayagiti hill (Kumari Hill). The number of current existing cave at the Udayagiri is eighteen, while Khandagiri has only 15 excavations. The local names of the existing caves are given below and those are numbered based on the enumeration of the Archaeological Survey of India.

In Udayagiri, Hathigumpha (cave 14) and Ganeshagumpha (cave 10) are better known due to the art treasures of their sculptures and reliefs and also due to their historical importance. Rani ka Naur (Cave 1: Queen's Palace cave) is also an extensively carved cave and is elaborately embellished with sculptural friezes. Khandagiri offers a fine view back over Bhubaneswar from its summit. The Ananta cave (cave 3) depicts carved figures of athletes, women, elephants and geese carrying flowers. 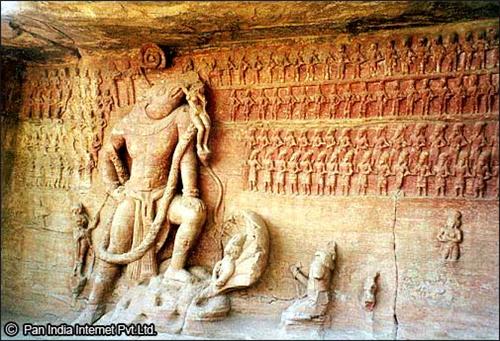 
Tickets:
For Foreigners: $2
For Indian and SAARC citizens: 5 rupees
For Kids: Free.